Ethereum may not have come into existence but for its programmer receiving less than wild approval by the stuffy Bitcoin community. Developer Vitalki Buterin originally floated the idea of Ethereum as a Bitcoin project. Alas, his concept did not garner massive support, and so he went home to think again.

Buterin desperately wanted to dApps (decentralized applications) using a scripting language on the Bitcoin network. After being rebuffed, an undeterred Buterin took his idea elsewhere, and Ethereum was born. He used crowdfunding to make his dream a reality, and Ethererum tokens were born. Called Ether, these coins could be purchased with Bitcoin.

Why was Ethereum created?

In many ways, Ethereum has unlocked the full potential of the blockchain. It uses innovative technology to give the Ethereum blockchain greater versatility and scope than anything the Bitcoin blockchain has achieved so far.

The Ethereum blockchain diverges from the Bitcoin blockchain in one crucial area. Bitcoin utilizes the blockchain to control and monitor its cryptocurrency, while Ethereum has opened its blockchain up to dApp developers. On Ethereum, these developers have access to run a host of applications on the Ethereum Virtual Machine (EVM). This innovative architecture enables dApps to access the same blockchain without a centralized control system while maintaining protection against fraudulent actions.

Its cryptocurrency, Ether, powers the entire global network of Ethereum. Ether is the fuel that helps pay for the power and resources needed to operate dApps on the Ethereum network.

In other words, Ether (ETH for short) is not so much a cryptocurrency but rather more like a utility token that can be used to power a user’s experience while on the Ethereum network. Bitcoin can be deployed as a payment method for goods and services, but Ethereum’s Ether token is often depicted as a ‘digital oil.’ This depiction refers to the lubricating properties of the token in keeping the EVM cogs turning productively.

Okay, but can you explain how Ethereum works?

Instead of requiring developers’ dApps to create a separate blockchain for individual applications, Ethereum enables a multitude of dApps to operate on one network, all of them being powered by Ether. As previously stated, the significant innovation of Ethereum is that it allows developers to deploy dApps.

Indeed, there are plenty of aspects to Ethereum to appreciate. But without a doubt, smart contracts are the leading and most intriguing of all when we consider Ethereum.

Smart contracts are autonomous when deployed on the Ethereum blockchain. These ‘agents,’ if you will, contain the necessary data and coding to facilitate an exchange. These exchanges involve almost anything of intrinsic value, for instance, money, property, shares, and many different types of digital content.

Smart contracts, when navigating the blockchain, are considered highly secure and shielded from fraud, censorship, and downtime. 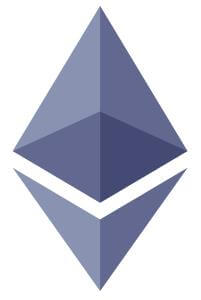 Ethereum – the pros and cons you should know about

In this next section, we will examine the upsides and downsides of Ethereum and how dApps can benefit from the Ethereum blockchain. We will also closely examine some of the, admittedly minor limitations in order to give a reasoned analysis of the pros and cons of Ethereum.

First up, then, the pros

The Ethereum network has several strengths, not least of which is its immutability. This immutability means a third party cannot make any data changes to data stored on the Ethereum blockchain without first gaining approval. This is a very significant and fundamental strength that is a significant plus point for Ethereum.

What lies behind this strength is cryptography. Encryption on the Ethereum platform secures all dApps (applications) against any form of cyber-attack and interference from a bad player.

The applications reinforce this robustness through their design. All the dApps operating on the Ethereum platform are designed from the ground up to be super reliable, crash-free, and offer 24/7 uptime.

The advent of smart contracts, too, is an evolutionary milestone, for smart contracts marry technology with agreements that are legally binding. The smart contract enables the automatic execution of exchanges of value when specific criteria are met. And they do so well-guarded against manipulation or interference by any third party.

And now the cons of Ethereum

In all honesty, there are many downsides to Ethereum. If you are getting interested in Ethereum, you will already appreciate that other altcoins offer a lot more features missing from Ethereum. Other cryptos provide more capabilities and functionality. But you don’t always need whistles and bells, right? Function over form as they say.

The next Ethereum con holds for any platform that allows dApps to run, but maybe more so for Ethereum. And that is the almost continuous server updates on Ethereum’s network. One of the cons of being progressive is the need for updates, which can occasionally have an adverse effect on the dApps that run on these servers.

Ethereum has not placed a cap on the number of Ether utility tokens available in the wild. Most of the leading cryptocurrencies – including Bitcoin – have already declared the upper limit of their coin supply. Ethereum, on the other hand, has continued to go its own way and decided there should be no upper limit on the quantity of Ether. The only limitation placed upon Ethereum tokens is the number of ETH that can be mined in a year. And this has been set at 18 million.

How Safe is Ethereum?

Ethereum’s birth was delineated by security. Safety has been at the heart of Ethereum since day one. Today, it is now highly regarded as a long-established token, placing it in the second spot in terms of value. Indeed, for many people, Ethereum represents a safer bet than any other cryptocurrency or altcoin.

Ethereum is a pioneer having expanded the functionality of the blockchain. In so doing, Ethereum has gathered a critical mass of loyal supporters to guarantee it thriving and prospering for many years to come. And, on top of that, Ethereum is also significantly cheaper to purchase than its forebears.

Is it possible to use Ethereum anonymously?

The short answer to that is yes, you can. Anonymous payments were made possible on the Ethereum network thanks to the introduction in August 2019 of Tornado Cash. This handy tool allows users to execute transactions without revealing how many Ether tokens were exchanged, or even records of any previous purchases.

What Ethereum transaction fees do I need to pay?

The fees and charges imposed by Ethereum are significantly higher than the costs charged by its main competitors. However, while this is undeniable, you must also consider the costs associated with credit cards and bank transfers. By comparison, Ethereum fees and charges are extremely cheap.

Is Ethereum a good investment?

For several years now, Ethereum has retained its place as the second most valuable token around. Ethereum is, without a single doubt, a leading global cryptocurrency.

It consistently experiences significant daily trading volumes, with over $270 million being traded in ETH/USD pairs in a single day at the time of writing. The price of Ether naturally rises and falls, so be aware of the volatility and risk involved. At the beginning of 2018, the price of Ether hit an all-time high of $1,430. Those lucky enough to have bought Ether in 2015 when it was trading at 42 cents, its lowest recorded value, would have made a Return on Investment (ROI) of 9000%. Not too shabby by any standard.

That said, there is little doubt that Ethereum, in the long term, is a positive cryptocurrency investment despite the evident volatility in both directions. The outlook going forward appears to be healthy as an investment in the Ethereum platform is warmly welcomed by the crypto community as a whole. This is because Ether, nicknamed as the ‘digital oil’, is used by a global field of developers and innovators wishing to create new dApps on the Ethereum blockchain.

Because Ethereum is the leading innovator of the crypto industry, it is eminently possible to create brand new cryptocurrencies on the architecture of the ERC20 token. Indeed, Ethereum, one way or another, has been used as the springboard for virtually every one of its present competitors.

What are other crypto coins similar to Ethereum available?

Many new cryptocurrencies owe their heritage to Ethereum and its associated token the Ether. So, now look us take a look at the alternatives and their Ethereum DNA.

Often referred to as Japan’s answer to Ethereum or ‘the Ethereum of Japan, Cardano’s initial coin offering was 95% Japanese-owned at its launch. The Cardano platform, which sounds Italian, operates a digital token called ADA to transfer its digital money around. The Ethereum references are because Cardona likewise operates dApss on its blockchain. In some ways, continued development of the Cardano network allowed this Japanese competitor to overtake Ethereum.

NEO is another new crypto platform that has Ethereum blood coursing in its veins. Like Ethereum, NEO enables the development of smart contracts and other assets, on its blockchain. The Ethereum genes are further on display due to NEO’s stated aim to evolve into the leading platform for the smart contract economy. Its ambitions indeed betray a family resemblance.

The ace up NEO’s sleeve is its focus on regulatory compliance. This emphasis has lead many to believe that NEO is a contender and well placed to become massively adopted, particularly across Asia. The crypto community is following developments with interest, as Asia is a significant market to crack for any cryptocurrency.

What we can do for you

You can lean on our expertise. We have lifted the hood and had a good rummage around to test and review an array of Ethereum brokers. We’ve also looked into e-wallets and much more besides to arrive at our top picks of best providers. Our research and hand-picked selections mean you don’t have to do all the legwork yourself. You can start trading Ethereum today and be safe in the knowledge that you are doing so in a secure and reputable environment.

And you can do so today because we got our hands dirty trialing and testing a wide variety of Ethereum service providers for you. The result of these efforts is an iron-clad set of recommendations which we are proud to stand by.

If you are searching for a trustworthy exchange to trade Ethereum with fiat cash, go no further as we have all the top-ranked platforms with the best ratings from users under one roof.

Set out now on our crypto journey into trading by registering here with your Ethereum broker of choice.

And finally, our Ethereum guide concludes here with three burning Ethereum FAQs we have not yet touched on.

How is Ethereum different from Bitcoin

Primarily, Bitcoin is a form of peer-to-peer digital cash. How Ethereum differs is that Ethereum built upon the solid foundations of Bitcoin. What Ethereum did was to construct a more comprehensive blockchain platform specifically designed with smart contracts and dApps (decentralized applications) in mind.

Is it possible to buy Ethereum with Bitcoin?

Yes, it is. Almost all brokers and exchanges are geared up for users to purchase Ethereum with Bitcoin. The most popular trading pair is, in fact, ETH/BTC.

Do I need to set up an Ethereum wallet?

No, in theory anyway. It is possible to use eToro or a similar exchange and keep your funds with them. However, for safety’s sake and the most significant level of protection, especially if you have invested a substantial sum of hard-earned cash, get yourself an Ethereum wallet. They are easy to set up and will put your mind at rest.